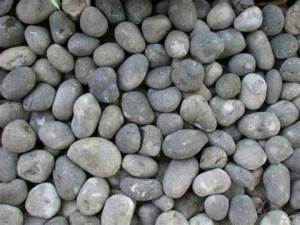 There’s a story of a woman with a rock. She carries the rock everywhere she goes. It’s not a pretty rock; in fact it’s a rather dirty, ugly, boring rock. But everyone notices the rock because it’s so big. One day it starts raining and it doesn’t stop. The water rises and the woman is trapped in a building. She climbs to the roof of the building, with her rock, and hopes rescue will come. She is standing on the roof, the water up to her waist and a boat comes along. The rescuers yell to her to swim to the boat – it’s only 10 feet, she can make it. Then one of them sees the rock. “Drop the rock, it will weigh you down.” The woman shakes her head. She secures the rock under one arm and pushes off into the water …and immediately she sinks. She somehow pulls herself to the surface with one arm and gasps for breath. “Drop the rock” the rescuers yell over and over. The woman goes under again. She surfaces one more time and they yell “Drop the rock.” She sputters “I can’t! It’s mine. It’s all I have.” And she sinks below the surface. Change is hard.

If I told you my story, you would probably think change is easy for me. I’ve lived in 5 different states and 9 different houses in the past 15 years. I’ve had 7 different jobs, two of them completely different careers. I’ve made a lot of money and I’ve been not only broke but in significant debt. I gave away almost all of my possessions, packed what was left in a U-Haul and started over. People tell me how brave I am, but I wonder if they are saying brave and thinking foolish.

The truth is change is hard for me too. It’s so much easier to hold on to what is familiar, even if it’s painful. Even if it’s ugly. Even when it weighs me down. I wore the same pair of athletic shoes for 10 years. I have a sweat shirt that I got in 1992 that is in tatters that I refuse to throw away. I have a broken 1st generation IPad in my office. I stayed in an abusive marriage for 20 years. And I’ve been carrying a huge rock for a few years now. I’ve been angry with someone and refused to let it go. Just so you know, it was not a small thing. It was big. Huge in fact. The same as the size of the rock I’m carrying around. And I feel like that drowning woman – knowing my rock is dragging me under, killing me, but unwilling to let it go. 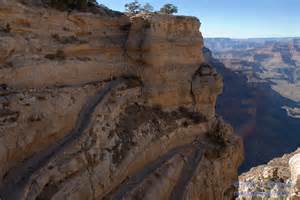 Today I remembered my friend Joe. Joe hikes the Grand Canyon every year. At the beginning of the trip he picks out a big rock. It usually weighs about 30 pounds. He straps it into his backpack and it stays with him on his descent into the canyon. This hike is not for the faint of heart – it’s a long, grueling hike going not only down, but often up, back and forth along the face of the canyon covering more than 10 miles in order to descend to the canyon floor. The trail is narrow and slippery in places. Adding that weight makes it even more challenging. Once he’s in the bottom and makes camp, he pulls his rock out. He names the rock with the thing he needs to leave behind. He contemplates, prays, and writes it all down. And when he is sure that he’s done with the rock, he places it in the canyon, packs his camp and leaves it behind. And whenever he goes back to those thoughts, those actions or behaviors, he reminds himself that he left that rock in the canyon.

So I got up, went out to the rocks near the water  and found one that felt as heavy as all that emotional baggage I’ve been carrying around. I  went for a long walk with that rock in my arms, just to ensure I remember how heavy it has been carrying all that anger. My back was pounding, my arms were burning, and even my feet were hurting as I carried my rock to the water. I finally made it to the point where I could let it go and be sure it dropped out of sight into the bay. I named my rock and I let it go.

As I turned and walked away I saw the hills in the distance, the Bay Bridge off to my left. The blue sky and sparkling water. I realized my whole life is ahead of me and my rock is behind me. It felt good.