A Photo a Week Challenge: Towers 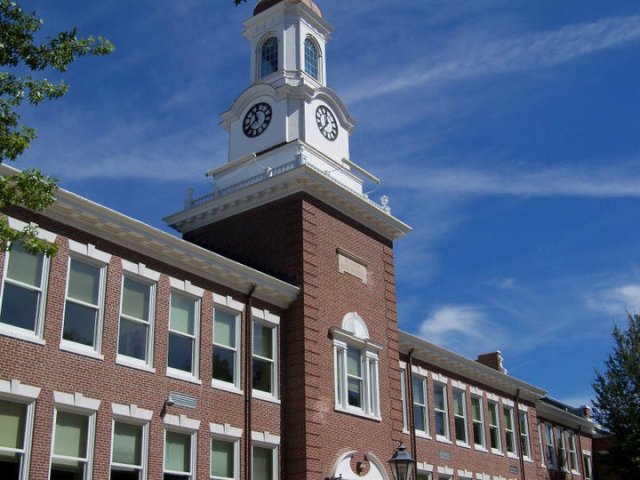 The central clock tower of the building served as a symbol of our school. Its image graced R-FH’s letterhead; our yearbook was called The Tower; I sang in Tower Singers, the concert chorus.

The uppermost regions of the tower were kept locked and off-limits to students. That’s not to say that covert expeditions didn’t happen.

When my graduating class held its fortieth reunion, we were granted access into the lofty pinnacle. We climbed the ladder and surveyed the interior, marked with names of past explorers: 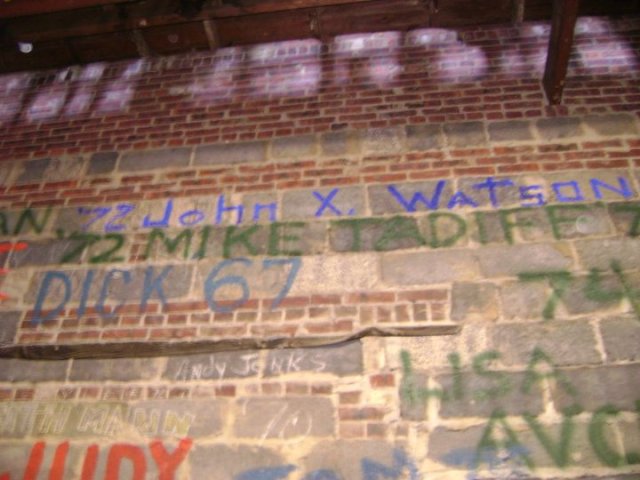 Andrea R Huelsenbeck is a wife, a mother of five and a former elementary general music teacher. A freelance writer in the 1990s, her nonfiction articles and book reviews appeared in Raising Arizona Kids, Christian Library Journal, and other publications. She is currently working on a young adult mystical fantasy novel and a mystery.
View all posts by Andrea R Huelsenbeck →
This entry was posted in photography and tagged High school, memoir, postaday, Towers. Bookmark the permalink.

1 Response to A Photo a Week Challenge: Towers