I didn’t get my driver’s license until I was 19.

I got my first learner’s permit when I was a senior in high school. My dad took me out driving several times in his huge Buick LeSabre. Our sessions usually ended with him red-faced and shouting at me, and me crying. At the time, I didn’t understand why Dad was so frustrated.

The day of my scheduled road test was also the day of the first blizzard of 1970. I had no experience driving in snow. Even though Dad promised the test course would be plowed by the time we got there, this was not the way I’d imagined it. I pictured myself driving us to the Motor Vehicles office on non-scary, dry roads. I didn’t want a last-minute lesson on driving on snow-covered roads. So I refused to go. Dad said I could call and reschedule, but I just didn’t want to practice and be shouted at and burst into tears any more. Besides, in the fall I would be going away to college, and there was no place for dorm residents to park on campus. Plus, I didn’t have a car.

Fast forward to the middle of my sophomore year in college. Concerned that the focus of my program was not the best fit for me, I decided to transfer to the college closest to my parents’ house. That would be a savings, I reasoned, because they wouldn’t have to pay for my room and board (that’s how a 19-year-old’s brain works; of course they were paying for my food and the roof over my head and the utilities I was using). 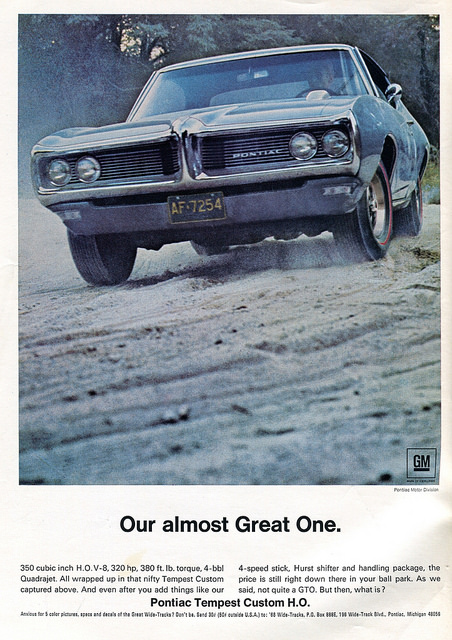 My Tempest looked like this, but mine was turquoise. Is that road snow-covered? Show-off.

The first week at my new school, I discovered that the two buses I had to take got me to school in an hour and a half, and the return trip was just as tedious. So Dad bought me a used Pontiac Tempest and driving lessons. The room and board savings flew out the window. But I actually got my driver’s license.

Of course, a few days later, the first blizzard of 1972 struck while I was in class. I called Dad, and he bummed a ride to the college from a neighbor, and drove me home in my new car.

I never got over my fear of driving in snow. (I’m glad I live in the Arizona desert now.)

In 1974 I married my sweetheart. We lived in an apartment in a subdivided house in Edison, New Jersey. Which meant that every day, traveling to and from work, I had to cross the Morris Goodkind Bridge. Like its companion, the Donald Goodkind Bridge (though neither of them were particularly good or kind, by the way), it was three lanes wide. From the outer lanes, it was a very long, terrifying drop to the water. And I was sure my car was destined to take the plunge. Southbound on Route 1, I could stay in the middle lane, where I only had to worry about the 18-wheelers whizzing past me on both sides. But northbound, I had to stay in the right lane, mere millimeters from a watery grave, because my exit was just past the northern shore of the Raritan River. Many years passed before I could make that drive without dissolving into panic. Moving to a different part of New Jersey helped. 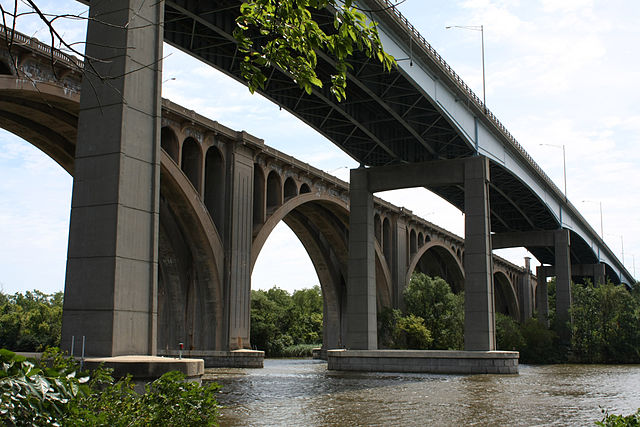 The Morris and David Goodkind Bridges may look pretty from this angle, but when I drove across them, they seemed neither good nor kind.

I finally became comfortable with driving, at least under favorable weather conditions.

And then I had kids.

Becoming a parent gives you a new respect for the perils of the road. One second’s inattention could cause the loss of my family’s next generation. The sense of the responsibility made me hypervigilant and phobic.

By the time I had five children, I came up with a strategy for minimizing distractions in the car. If the kids got too noisy, I’d find a place to pull over and we wouldn’t move again until everyone was calm. It worked so well that after a few years, if I stopped at a traffic light, one of the kids would ask, “Mom, what did we do?” 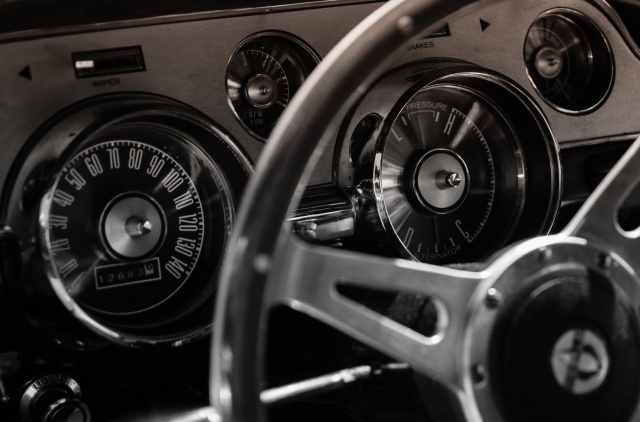 At this point in my life, I have 45 years of driving experience. I’ve only had one accident—when I was still in college and drove on an icy bridge on the way home. (Honestly, why are people that young allowed to drive? I think the driving age needs to be raised—to 35.) But my friends all know I won’t drive at night if it’s raining. Too scary. The reflections confuse me. (That’s my story and I’m sticking to it.)

How about you? Do you drive? Are you comfortable driving in rain or snow? Have you ever been afraid to cross a bridge? What scares you? Share in the comments below.

Andrea R Huelsenbeck is a wife, a mother of five and a former elementary general music teacher. A freelance writer in the 1990s, her nonfiction articles and book reviews appeared in Raising Arizona Kids, Christian Library Journal, and other publications. She is currently working on a young adult mystical fantasy novel and a mystery.
View all posts by Andrea R Huelsenbeck →
This entry was posted in Fear, Humor, Memoir and tagged driving. Bookmark the permalink.

5 Responses to Fear of Driving